Waveguides were generally used for the transmission lines for microwave and millimeter-wave a while ago. In general, coaxial lines have such characteristics that if the frequency is higher, transmission loss becomes more substantial.

As the world’s technology advances, coaxial lines using low-loss dielectrics and precision machine tools that enable even more precise processing are widespread. For this reason, coaxial connectors for higher frequencies are being standardized one after another.

As a coaxial connector that can be used up to the millimeter-wave band, a precision connector conforming to the IEEE (Institute of Electrical and Electronics Engineers) standard is generally known.

We have achieved high-precision and high-performance coaxial connectors with our design technology and advanced manufacturing technology cultivated over many years.

<Table> Types of coaxial connectors and part numbers in our company

In most coaxial connectors, the center conductor slides, and the outer conductor is screwed to the other end. When we use the connectors with the standard method, these two sections will be worn out by repeated mating.

However, mating connectors with different specifications are not assumed even for the combination of connectors that can be mated.

For example, SMA connectors and precision connector KPC350 can be mated together. SMA connectors are inexpensive and are used in many situations. Nevertheless, due to SMA’s rough design and production, its characteristics are significantly different from those of KPC350.

Besides, please be aware that KPC350 may be broken in the worst case if they are mated with SMA since their manufacturing accuracy as parts are different.

We conduct experiments to compare electrical characteristics before and after repeated connect/disconnect of a center conductor 10,000 times. 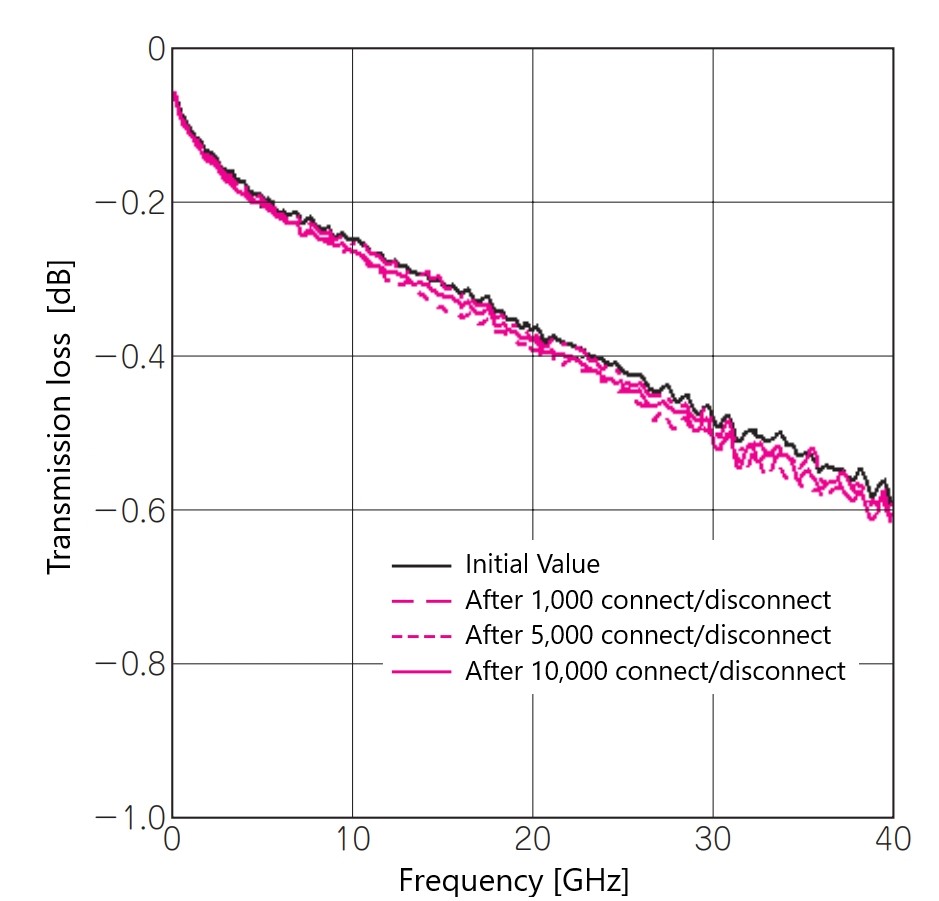